During the eleventh century A.D., the frequency with which stout walls were constructed around settlements began to increase across the Eastern Woodlands. While some of the large Mississippian mound sites in the Southeast and southern Midwest were protected with substantial enclosures studded with bastions, other mound sites lacked these features. Typically associated with warfare, such walls reflect vertical integration involving regional elites as they vied for adherents, struggled to establish and maintain alliances, cultivated and enhanced the sanctity of chiefly office, and attempted to augment their prestige and expand their spheres of influence through the use of coercive force and the construction of monuments. The walls also manifest horizontal forms of integration involving followers and allies who weighed the benefits and costs associated with a loss of autonomy in such a contentious social landscape. The implications of village fortification for the ascent, attrition, transformation, and eventual dissolution of chiefly power are explored using a case example (Jonathan Creek) from the lower Tennessee River valley in western Kentucky.

The Jonathan Creek site in Kentucky was excavated in the early 1940s as part of The Works Progress Administration (WPA), a New Deal program created in response to the Great Depression of the 1930s. This program employed millions of unskilled, mostly male laborers to complete public works projects, including the effort to uncover the community plan of an entire Mississippian town and mound center at Jonathan Creek. Although the project at Jonathan Creek terminated prematurely as a result of WWII's resource prioritization, the remnants of 89 structures representing a diverse array of architectural foundation styles were documented during the excavation.
Quantitative and qualitative analyses of multiple attributes, such as posthole diameter and spacing, wall-trench width and depth, roof supports, and floor area, are necessary to adequately parse the variation in architectural style, construct inferences about the above- ground appearance of buildings, and suggest origins for the diverse construction methods used at the site. At least some of the distinctive differences in foundation preparation would have resulted in diversity in the appearance of finished buildings. Time is not wholly adequate to explain this diversity. Technological and functional choices made by the ancient builders account for some of this variation, while social, genealogical, and ethnic differences, and possibly distinctive ritual customs and traditions among the residents, explain other sources of variation.

Our laboratory houses an Airwolf Axiom 3D printer, a machine capable of rendering plastic objets within a 3D space. We use the printer to produce inverted images of fabric-impressed pottery sherds, allowing us to see the fabric itself. 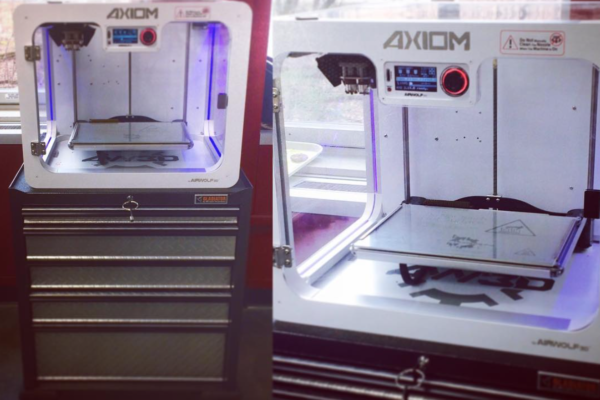 Resuscitating Fabric of the Past

Jonathan Creek produced a sizable collection of fabric-impressed salt pans, large vessels used to evaporate brine water and store leftover salt. These pans were formed in cloth-lined pits, which left impressions of the fabric outside the vessels. 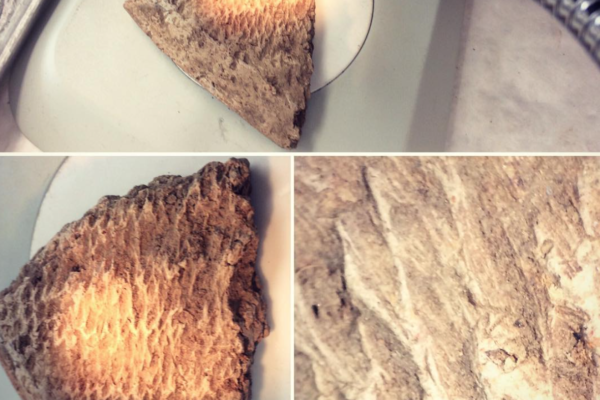 We place a sherd on a rotating table against a solid background, taking between 60-100+ photos of the sherd at every angle. This process of creating a cohesive, 360 view of an object with photography is called 'photogrammetry'. 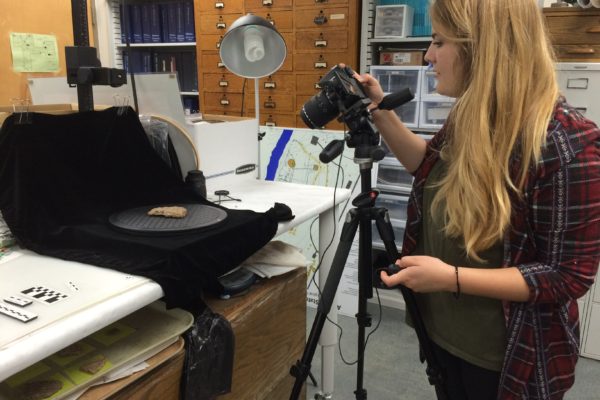 Next, we upload all images a single sherd through a gauntlet of several computer programs which assemble, extrude, resize, and invert the 3D image of the sherd created from the photogrammetry process. This file is then loaded into the 3D printer. 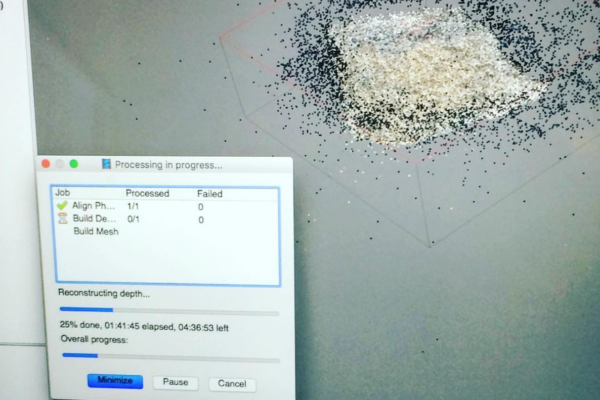 If all goes well, the 3D printer will produce an image of the fabric which created the impressions, allowing us to see and study Mississippian cloth which would have normally decayed over time. Each file can also be shared with other researchers. 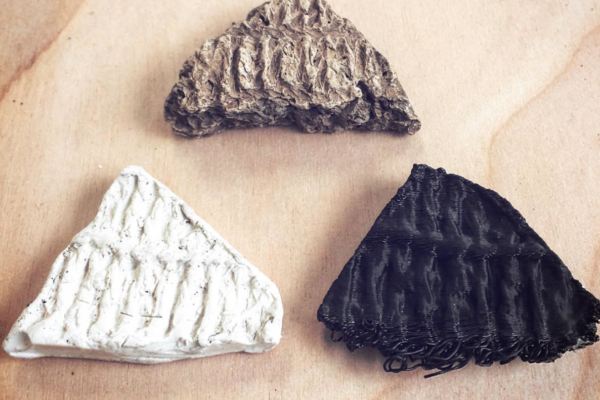