“Here in Wisconsin, there is one place like no other. It’s a special place in the ancient world and it’s a special place today. A place where nearly a thousand years ago the land laid witness to a native, sun worshipping culture long before European presence on this continent. This place is Aztalan. Sissel Schroeder is a professor at the University of Wisconsin and Chair of the Anthropology Department. She said, ‘I think there are many people who would argue that this is the most important archeological site in Wisconsin.'”

HOW WISCONSIN RESEARCHERS ARE DIGGING DEEP AT AZTALAN: BTN LIVEBIG

“…For four weeks every summer, professors and grad students from the university’s Laboratory for Wisconsin Archaeology are joined by eager anthropology undergrads to excavate the site of a former Native American village.

Led by Professor Sissel Schroeder, participants dig and analyze the contents of large, 40 centimeter deep pits. The pits themselves are located…”

“…Heather Walder, Ph.D., also an archaeologist with CSU working at Fort McCoy, said from the age of the artifacts that came from the dig and from information their team has pieced together, it’s likely that people have resided on Fort McCoy lands for a long time.

“What we can say is there have been people living here continuously for approximately the last 3,000 years,” Walder said. “A lot of what we see here is likely from ancestors of members of the Ho-Chunk Nation.”…”

UNCOVER THE PAST WITH PUBLIC ARCHAEOLOGY DAYS AT AZTALAN STATE PARK

You can listen to Dr. Schroeder discuss ancient life at Aztalan and Public Days for June 2017 on WPR.

“…On Friday, June 16, from 10 am until 3 pm, the UW–Madison Laboratory of Wisconsin Archaeology will host a special public day at Aztalan State Park in Jefferson County, in a showcase of the archaeological artifacts, current excavation work and rich cultural history that can be found at this important prehistoric site in southeastern Wisconsin. It will also present an opportunity for people to hear more about the educational opportunities Aztalan has…”

The students surveyed square pits underneath the tents at Aztalan State Park near Lake Mills. The four-week summer course…”

“AZTALAN — As the sun peaked on a perfect June day at Aztalan State Park last week, a team of University of Wisconsin-Madison students and recent graduates led by Dr. Sissel Schroeder was involved in perfection of its own.

The team, which has been on site since early June, was putting the finishing touches on the perfect perimeters of three excavation pits just south of the temple mound and…”

EXCAVATIONS AT AZTALAN YIELD ENTHUSIASM AND EXCITEMENT FOR VISITORS, STUDENTS

“It was the first 90 degree day of the year in south-central Wisconsin. A searing sun beat down on the prairie grass, swaying in a gentle breeze, while wary red-winged blackbirds kept close watch on their nests.

Yet the people arrived at Aztalan State Park, in couples and in groups, young and old. They braved the heat on Friday, June 10, in order to take part in a public archaeology day, where excavations were underway…”

“Town of Aztalan — In 1830, settlers trekked into southern Wisconsin in search of fertile fields. Instead, they stumbled upon a vast fortress of palisades and mounds so magnificent, the travelers were certain they had discovered the fabled northern Aztec city of Aztalan.

Even after its origin in the Mesoamerican empire was disproved, the name Aztalan has stuck. The remnants of this town, nestled along a shallow bend in the Crawfish River, have generated…”

Dr. Sissel Schroeder and her Ph.D. student Jake Pfaffenroth lead a summer field course for undergraduate students, to understand how diverse peoples learned how to live together, merge their cultures, and create a community. The project includes significant public outreach led by collaborator and UW science writer Kelly Tyrrell.

“When researchers stumbled upon a buttery substance under a lake, they thought maybe they’d also stumbled upon the answer to an age old mystery: why a pre-Columbian civilization near St. Louis abandoned the complex city they’d built. But with multiple research teams exploring the Cahokia Mounds site, not everyone agrees on what the new discovery means. “

Listin to Dr. Schroeder and Dr. Zych discuss the nature of this mysterious substance found near Cahokia.

“Publishing May 4 in the Proceedings of the National Academy of Sciences, a research team led by UW–Madison geographers Samuel Munoz and Jack Williams provides this evidence, hidden beneath two lakes in the Mississippi floodplain. Sediment cores from these lakes, dating back nearly 2,000 years, provide evidence of at least eight major flood events in the central Mississippi River valley that could help explain the enigmatic rise and fall of Cahokia, near present-day St. Louis.”

Fact: “Anthropology professor Sissel Schroeder and her students are spending almost a month digging, scraping and sifting, looking for evidence that after 1050 A.D. the Late Woodland people and the Middle Mississippians may have co-existed here.”

…and fiction: “’That’s a dinosaur skull,’ Balding said pointing to a fuzzy image. ‘You can’t mistake certain things. There’s a city down there. There’s no question about it.'”

WHO WERE WISCONSIN’S FIRST PEOPLE?

WPR: “Archaeologist Sissel Schroeder fills us in on the latest discoveries about the earliest Americans. Where did they come from? How quickly did they spread across the continent? And what was Wisconsin like when the first people arrived?”

Prof. Sissel Schroeder was one of ten faculty recognized in 2014 for her commitment to improving the learning process for undergraduates. She is recognized for radically overhauled curricula and for making challenging subjects more accessible to students from a diverse range of backgrounds.

The Larry Miller Show: “The Aztalan archaeological site is where one of Wisconsin’s first communities resided. Larry Meiller finds out what a recent excavation yielded, and what we can learn from the culture that lived here over one thousand years ago.”

Watch Clip “Research groups from three Midwestern universities are digging yet again at Aztalan, a state park near Lake Mills, Wis., hoping to unravel the history of a walled outpost that was once thought to be related to the Aztec culture in Mexico.”

“…And while Aztalan left a physical mark on the landscape of Wisconsin, it was abandoned long enough ago that there is little to no cultural memory or oral tradition about the site among any of Wisconsin’s American Indian groups.

Instead, archaeologists such as University of Wisconsin-Madison’s Sissel Schroeder and Michigan State University’s Lynne Goldstein must look to buried clues to reconstruct a picture of the society that once flourished at Aztalan. That’s why they, along with the University of Northern Iowa’s Donald Gaff, spent the last five weeks leading…”

DID A MEGA-FLOOD DOOM ANCIENT AMERICAN CITY OF CAHOKIA?

“…A team led by Samuel E. Munoz, a doctoral student at the University of Wisconsin, Madison and National Geographic Young Explorer Grantee, reported at the 2013 conference of the Geological Society of America that their study of sediment cores from a lake adjacent to the site of Cahokia reveals calamitous flooding of the area around 1200 C.E., just as the city was reaching its apex of population and power.

While analyzing cores from Horseshoe Lake, an oxbow lake that separated from the Mississippi River some 1,700 years ago, Munoz’s team discovered…”

UWMadScience is the Research Communications blog at the University of Wisconsin–Madison. Check out their archaeology page see what our Anthropology Department is up to! 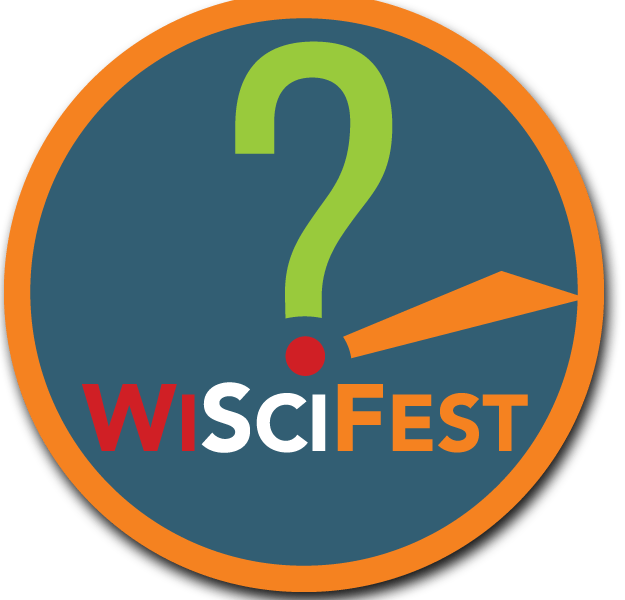 Usually held in November each year with events going on around the state!

Each May, the Wisconsin Historical Society celebrates Historic Preservation and Archaeology Month. Find events to celebrate near you!